Dorian Koczera was born and raised in Los Angeles, California. After graduating from William S. Hart High school in 2001 he moved to Arcata, California to attend Humboldt State University. In 2004 he took a leave of absence to join the Americorps *NCCC program where amongst other things he assisted in an algebra class at a school in Baltimore, Maryland. It was this experience that inspired him to pursue a career in education. He graduated from HSU in 2009 with his degree in Mathematics, and then completed the credential program and was lucky enough to get a job at SRCHS. 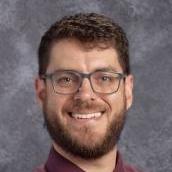